When Highway 45 was constructed between El Paso/Ciudad Juarez and Chihuahua in the 1940s, several American rockhounds began venturing into their neighboring country to the south and discovered the brightly colored agates. In 1944, the a famous Texas collector visited Rancho Coyamito for the first time. In 1948,the first commercial claim got filled and the mine got extensively worked.

Numerous smaller mines from this time period can still be found throughout Rancho Coyamito. The most popular claim, known as “La Fortuna Claim”, supplied a large quantity of wonderful agates that are among the best ever found at Rancho Coyamito in that time.

In the 1960s, after years of extensive exploration, fewer agates were found and commercial exploration was no longer the effort. Numerous smaller digs simply rendered average material of small size. Consequently, collectors were banned from the ranch altogether. After this accident, visitors were usually encouraged to leave the ranch.

In the spring of 2003, after longterm negotiations, permission was finally granted to start a new mining venture, working for first time on Los Alamos area of the ranch.

Within a short period of 15 days, more material was moved than during the previous 60 years with a 320 excavator. Unfortunately, the old mines had effectively exploded much of the agate and expansion of the old claims rendered little good material. Therefore, a small quarry was driven directly into the hard andesite in the flank of a nearby low mountain. Large blocks of rock were broken apart with the help of the Caterpillar, which in turn were manually broken apart in search of the desired agate nodules.

After this venture Marin Carrillo, Sr., the owner of the ranch at that time, started his own mining operation with his son and along with workers at the ranch. For some years the rough was going from the Coyamito ranch to the other side of border, where the rough was sold to dealers. 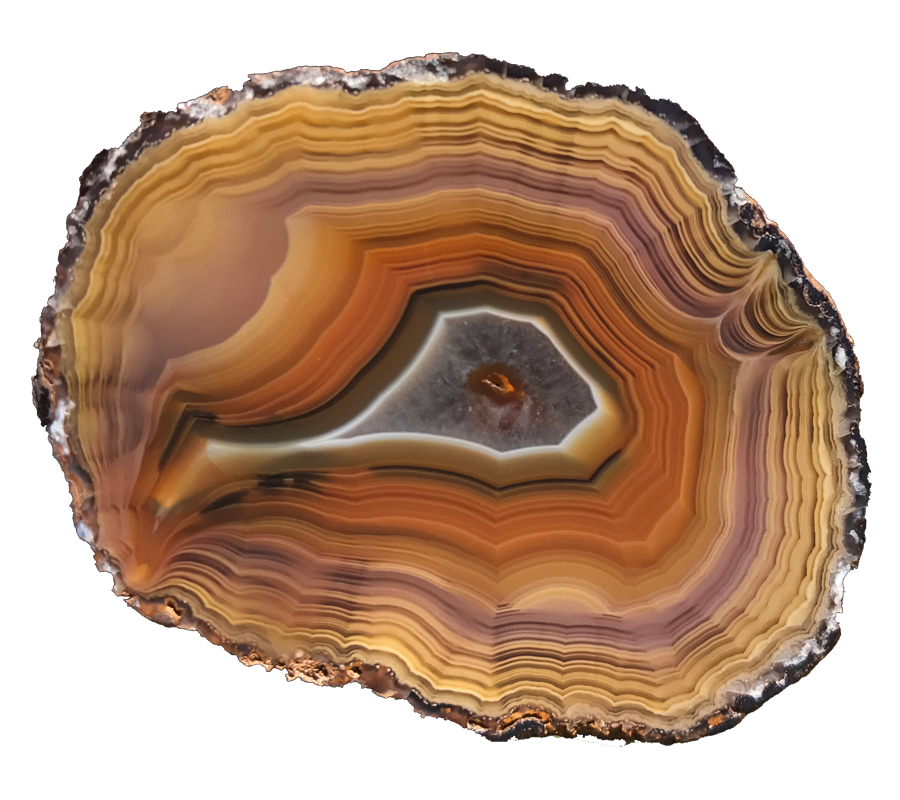 In Spring 2004, Gene Mueller worked another area of the ranch, known as “La Sonoreña” located about 3 Km north of the ranch house. Excellent material was found in five separate locations. In the meantime, the rough material was really desired by American and German collectors.

Polished halves frequently reach a price of several thousand of US dollars because of its rarity. Magnificently colored fragments of larger nodules are often used in the production of cabochons and are available at the market. The host rock of the Coyamito agates is the hard 37 million year-old Rancho el Agate andesite, a tenacious material from which the nodules must be removed by great effort. Often this reddish andesite is still attached to the nodules, usual in agates from northern Mexico.

On 2006 we continue the minning operation on La Sonoreña claim, and on this year is when the Japanese deposit was discovered, the Japanese name was established itself due to the origin of the woman of a dealer that was getting all the rough at this time. We had a contract with the American dealer, who bought him exclusively from the recovered material. However, when he emigrated to other place with his wife, the connection to new customers was missing and the work with the agates was stopped for a decade.

After 10 years without mining on the Coyamito area it was On January 2015 the mining operation stared once again. It was on March 2015 when we found a new deposit on Los Alamos claim called The Sand pit deposit, great patterns and colors. 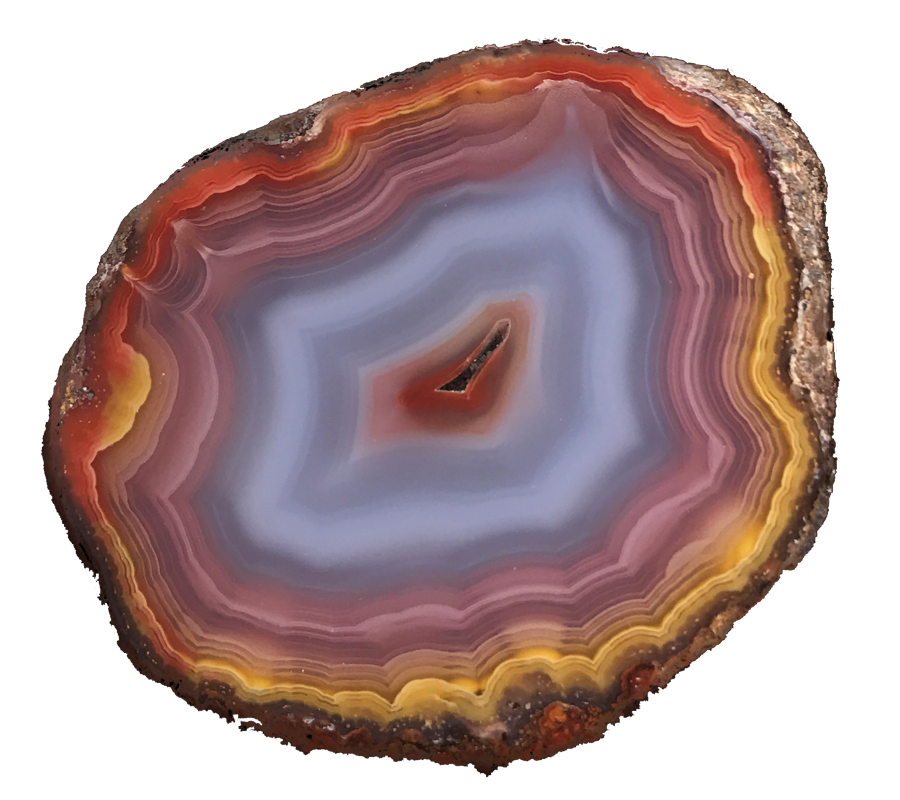 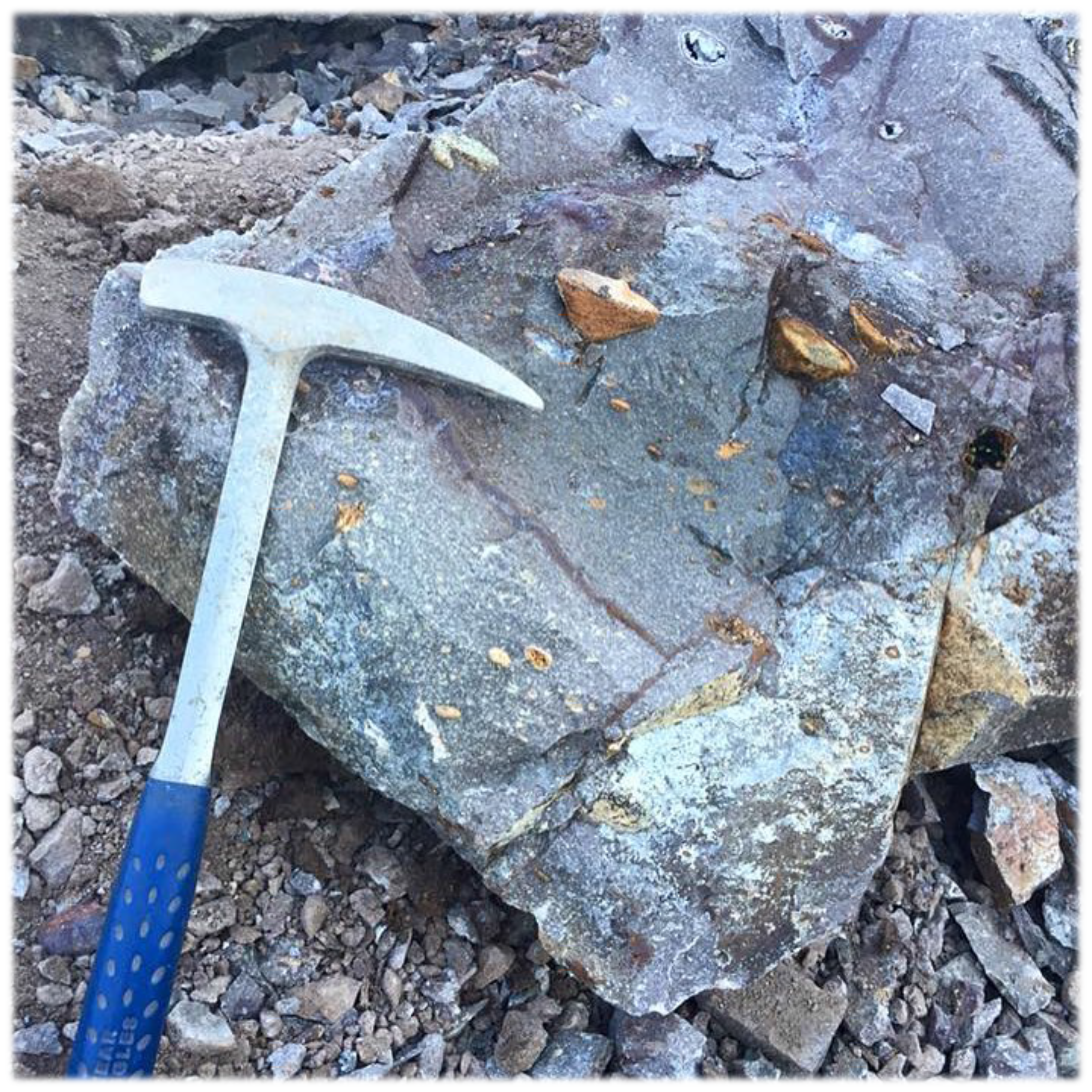 From 2015 to the date we have dug and search on every deposit that has been discovered on the Coyamito ranch, and by this time we have discovered 3 new deposits (El Vecino deposit, The Sandpit deposit & El Matachin deposit). This deposits have been some of the most amazing producers of the most beautiful and colorful specimens on the Coyamito area, between some of the old deposits (Los Alamos deposit, The Japanese deposit, La Sonoreña deposit & Las Morenitas deposit).

We are still working hard with our crew to bring out this amazing earth treasures to the world, and looking forward on finding new spots of different color combinations.